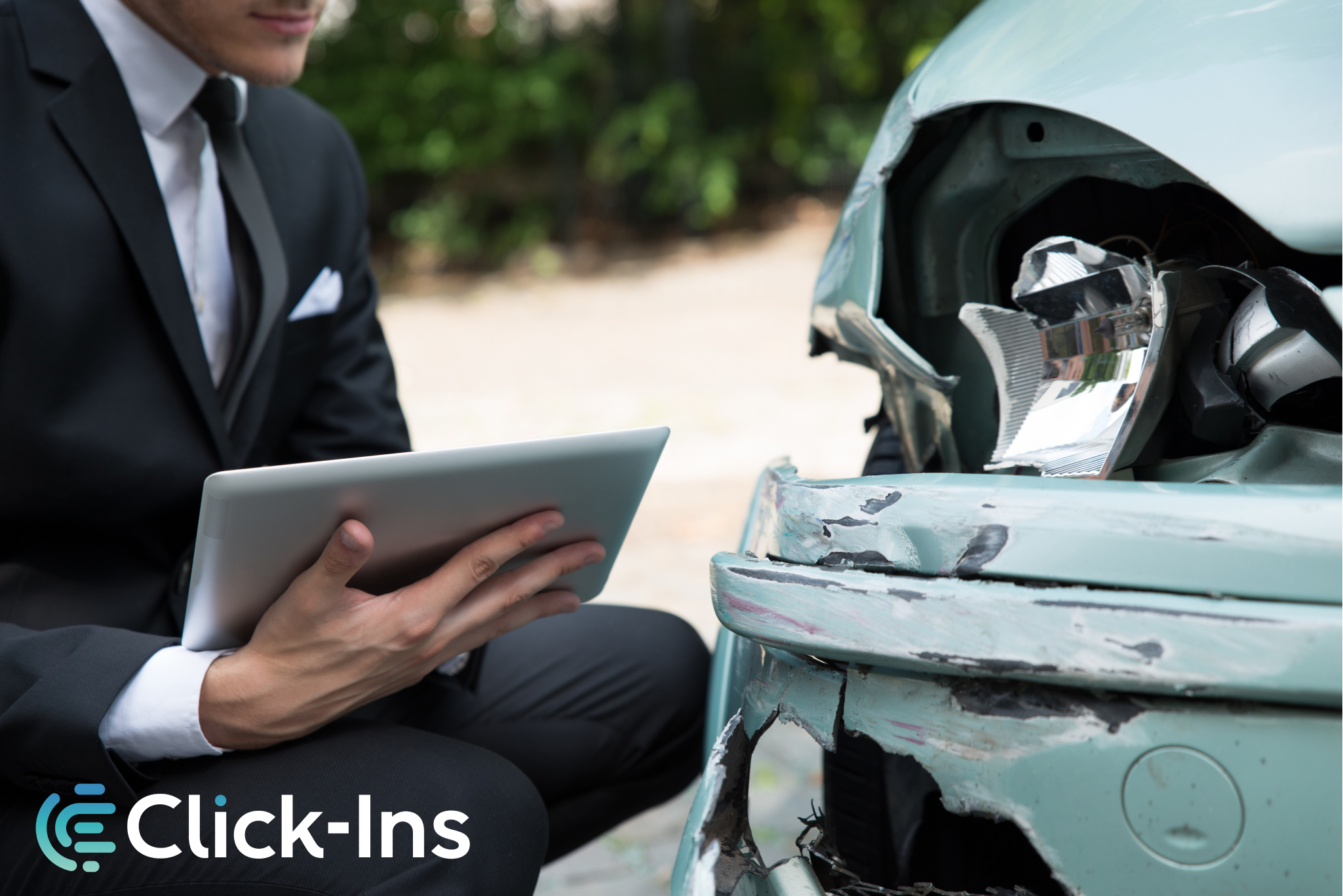 Tech That Takes the Guesswork Out of Car Damage Assessments

When Felix rented a car for a week, he took a cursory glance at the car and everything looked fine. But when he returned the car at the end of the week, Ivan, the car rental examiner, told him he would be charged for a dent on the left side of the car. Felix saw the small dent, but maintained that he couldn’t possibly have caused it, since he drove carefully all week and didn’t have even the smallest accident. meIvan insisted on charging him for the damage and Felix, already running late for his plane, gave in and paid. But when he got home from his trip, the first thing he did was write a post on social media telling people not to use this dishonest car rental company.

Who was right in this story? We’ll never know. What is certain is that this incident ended with a dissatisfied customer and the tarnishing of the company’s reputation.

Now this type of scenario can be avoided. Our team at Click-Ins has spent years engineering a system that can accurately identify every variable on the car’s exterior and compare it to the car’s previous condition. Automated inspections for rental cars promotes transparency and puts an end to insurance fraud, manipulation, claims of exaggerated damages, and inflated price quotes.

If the car rental company that Felix rented from had been using Click-Ins, his story would have had a very different ending. Felix would have received a detailed report of the state of the car emailed to him when he first picked it up. In near real time, he would have received a damage assessment report in clear PDF format, comparing the car’s current exterior to its former state. Felix might not have been able to remember when the damage occurred, but he wouldn’t be able to deny that it had happened while the car was in his possession.

The Technology Behind Damage Assessment Accuracy

Click-Ins uses advanced technology to assess the damage to a car. The software first identifies whether the car has any damage and, if damage is found, provides its location on the vehicle, classification type, and precise measurement. This is done by comparing the car and its condition against digital models of every car make and model.

The Click-Ins technology is based on a hybrid multidisciplinary approach, combining artificial intelligence, deep learning, photogrammetry, applied mathematics, computer vision, and 3D modeling. A single picture taken from a smartphone has the power to generate a digital signature called DamagePrint™ that identifies the type of damage and its exact measurements, making it simple for the car rental company, the auto insurance company, or the car repair shop to estimate the cost of repairs.

In addition to the technology being used by car rental companies, car insurance underwriters and claim adjusters are also seeing the benefits of the precise assessments which enable them to provide accurate estimates.

The car that Felix rented was fixed by the car rental company at a nearby auto shop. The company has auto insurance to cover these repairs, but only with precise damage assessment for cars can it be clear that the rental company didn’t overpay. With Click-Ins, when the insurance company raises the premium for the car rental company, it is not based on estimates, but on actual damage caused to the company’s various vehicles. And the auto insurance company can keep rates low for companies and customers who use Click-Ins, thus benefiting everyone involved.

Transparency and accuracy result in more positive client interactions for all parties involved. From the renter to the car examiner, the operations manager and the claims examiner, everyone benefits from an interaction that’s fair and straightforward.

Click-Ins is a high-tech company, but at its roots, it is a humans-first brand. Its founders believe technology that transforms vehicle inspections improves human interaction and bring peace of mind to customers and to service-providers. This was the motivation behind the technology that takes the guesswork out of car damage.

Putting Satisfaction Back Into the Car Rental Experience

It’s a dream-come-true when you can rent and return a rental car quickly, easily, and have pleasant interactions with all those involved, right?

But let’s be honest, the scenario doesn’t always play out that way. For both the person renting the car as well as for the people working at the car rental company, the transactions and interactions are often less than smooth and pleasant.

Why is Damage Assessment So Nerve-wracking?

Very often, returning a rental car may look something like this: the car rental examiner inspects the car for damage while the customer waits to sign the check-out paperwork and return the keys — sometimes with the anxiety that past damage will become her responsibility. When there’s damage on a vehicle that’s been unidentified or unreported, it becomes unclear as to who is liable for the vehicle repairs.

Unreported damage can later cause an ugly dispute with a customer. Most often, rental companies accept the liability and pay for the repairs.

Avoid the Game of “Who Dun It?”

Assessing car damage can easily become a game of assessing responsibility. It’s hard enough to assess car damage without having to also determine whether it's the customer’s fault for the damage, the last examiner’s fault for not assessing the car correctly before renting it out, or the car rental company’s fault for not having proper records about existing damage.

Click-Ins’ technology makes returning rental cars a stress-free and automatic procedure. With a few quick taps of a mobile phone camera, damages are automatically assessed and analyzed through with an artificial intelligence process.

It’s no longer necessary for employees to assess car rental damage or for car rental customers to wonder if they will be given fair treatment. In addition, both the rental company and the customers are reassured that previous damage has been efficiently recorded; each party is only held responsible for damage done during their time with the car.

This results in minimized human contact, which is especially important now with the health concerns of COVID-19, and it also results in increasingly positive interactions for everyone involved. Car rental employees and customers can spend their short interactions in a pleasant and stress-free manner, with neither worrying about damages, reports, or being unduly responsible for previous damages and mistakes.

How Does The Software Work?

Click-Ins uses a mix of artificial intelligence, deep learning, remote sensing, and 3D models to convert each damage into a digital signature.

Even damage that is difficult to see or measure with the human eye, Click-ins’ automated vehicle inspections for rental cars precisely records and analyzes against detailed 3D imaging of the specific car’s make and model, quickly detecting any anomalies. Each anomaly is converted into a DamagePrint™, a digital signature which acts as a damage “fingerprint”; no two damages are alike. This creates precise and accurate records for each car and any damage which appears after each rental — down to the exact length of a scratch.

The accuracy with which the Click-Ins technology assesses damage saves car rental companies money and enables car examiners to have more positive interactions at work. Customers leave the car lot happy because they no longer need to worry about unfair car damage assessments, and are able to rent and return cars easily and quickly.

With Click-Ins’ technology in place, returning a rental car is an automatic process. The tech is handling the assessment; no disputes or haggling are involved — pleasant human interactions and transactions between a business and its customers prevail.

Click-Ins has joined NVIDIA Inception, a program designed to nurture startups revolutionizing industries with advancements in AI and data sciences.

Click-Ins is selected as one of 8 finalists at the Reinhold Cohn Start Up Competition in the automotive and mobility segment.

Thank you! Your submission has been received!
Oops! Something went wrong while submitting the form.